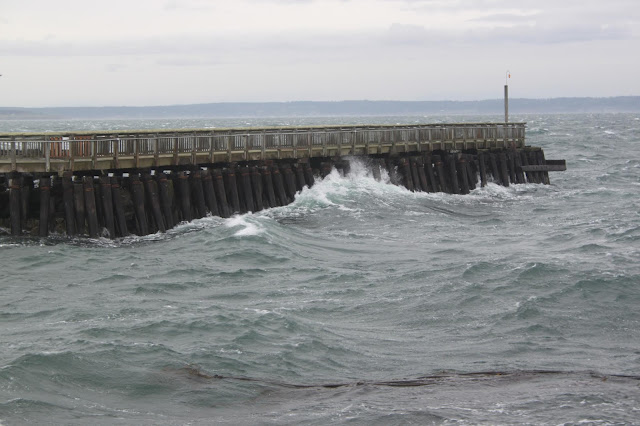 Last night, after watching "The Irishman," I read the first couple chapters of "In Defense of an Open Society" by George Soros. Published this year. He's 90.

It was so good I read even after my eyes were crossing from tiredness, but today when I went to finish it, I got bogged down in economic jargon and became bored, and wanted another simple condemnation or sensationalized fear-inducing dose of depressing pronouncements along the lines of "whale oil beef hooked," but that's not what Soros was about.

What's an open society, I wondered, as I started the book. And who is this guy that I've heard of in the news? I got the book at the library on the New Books shelf. I also recently discovered the essays of Zadie Smith there. I read parts of "Feel Free" three times because it was so damn good.

Anyway. George Soros was born in Hungary, and is Jewish, and his dad made fake papers for his family and others, enabling their survival during the rise of Hitler. Soros studied economics in London, and became extremely rich, and put his money into a Foundation for an Open Society, thank goodness. He said he is proud of the enemies he has made; his enemies are tyrants.

Soros defines Open Societies on page 26: "I use 'open society' as shorthand for a society in which the rule of law prevails, as opposed to rule by a single individual, and where the role of the state is to protect human rights and individual freedom. ... By contrast, authoritarian regimes use whatever instruments of control they possess to maintain themselves in power at the expense of those whom they exploit and suppress."

I had some basil in the fridge, and today I blended it up with about four cloves of garlic, several glugs of olive oil, and the rest of a jar of Kalamatas. And had some on toast, with sliced mozzarella.

Timothy Snyder's book, "On Tyranny: 20 Lessons from the 20th Century," frequently resurfaces in my memory. He wrote that we should read books, support institutions like investigative journalism and other things we believe in; that we should cultivate civil relationships with our neighbors, in person; that we should watch our words. Lesson #9 is "Be kind to our language : Avoid pronouncing the phrases everyone else does. Think up your own way of speaking, even if only to convey the thing you think everyone else is saying. Make an effort to separate yourself from the internet. Read books."

Snyder writes, "When we repeat the same words and phrases that appear in the daily media, we accept the absence of a larger framework."

Yeah! Fuck memes. Put it in your own words and cultivate a "larger framework." Stop putting the word "EAT" in your kitchen.

I have tremendous garlic breath right now, but I'm going to press on. Snyder says, "To have such a framework requires more concepts, and having more concepts requires reading. So get the screens out of your room and surround yourself with books. ... Any good novel enlivens our ability to think about ambiguous situations and judge the intentions of others."

Yeah, but reading is so fucking quiet! I might as well stay home on New Years Eve and caulk the bathtub. Now I have such a nice bathtub.

Someday people will talk about how stupid we are for staying addicted to our screens and for letting freedom and justice and self-governance slide because it was so much more entertaining to kibbitz online about stuff instead of talking to people or dealing with things in person. I always think of Weimar Germany when people say,  "I just use Facbook to stay in touch with people." Yeah, I don't shop at stores with big yellow Stars of David on them because the schnitzel is better over at Der Blokken.

On page 16 of "In Defense," Soros writes, "Social media companies deceive their users by manipulating their attention and directing it toward their own commercial purposes. They deliberately engineer addiction to the services they provide. This can be very harmful, particularly for adolescents."

He continues, on the same page: "... social media companies are inducing people to give up their autonomy. The power to shape people's attention is increasingly concentrated in the hands of a few companies. It takes real effort to assert and defend what John Stuart Mill called "the freedom of mind." There is a possibility that once it is lost, people who grow up in the digital age may have difficulty regaining it. This may have far-reaching political consequences. People without the freedom of mind can be easily manipulated."

An "even more alarming prospect on the horizon" is "an alliance between authoritarian states and these large, data-rich IT monopolies that would bring together nascent systems of corporate surveillance with an already developed system of state-sponsored surveillance. This may well result in a web of totalitarian control the likes of which not even George Orwell could have imagined."

I love the word "nascent." It's derived from the Latin for birth. Cameras sprouting like little buds along the roadways.

Another thing that worries me about surveillance in America is how it's done by citizens on one another. Cell phone cameras inhibit public dancing, singing and general weirdness, and mass-media has been dictating "normal" behavior, grooming, decor, appearance, etc. for a few hundred years.

Soros wrote about China's "social credit" system. The idea is that the government watches everything you do, say, visit, and look at, and if you're not appearing to be moral/worthy/patriotic enough, you don't get social supports like loans, or food stamps, or a Good to Go pass, or health insurance. Those with power use it to keep it.

Soros says later that the term "open society" was first used "by Henri Bergson, the French philosopher, in his essay 'Two Sources of Morality and Religion.' One source was tribal and led to a closed society; the other was universal and was associated with an open society" ("In Defense," page 48).

He says, "open societies can be turned into closed ones by universal ideologies that claim to be in possession of the ultimate truth. ... By contrast, open societies recognize that people have different views and interests; they introduce man-made laws to enable people to live together in peace."

Soros's open-society foundation's third goal was to promote a critical mode of thinking. What a good phrase, "critical thinking." It's been part of my liberal-humanist education and personal value system for decades. That and the word "dialectic." How much easier said than done all the useful stuff is!

Here are the other Lessons in Timothy Snyder's book, "On Tyranny: 20 Lessons from the 20th Century." This is the table of contents, basically. (Parentheticals are mine.)
1. do not obey in advance (i.e. don't give away all your innermost feelings to the internet, like I'm doing right now).
2. defend institutions (i.e., subscribe to newspapers that don't suck. Good luck finding them!)
3. beware the one-party state (Soros also talks about "mafia states," which he says Putin's Russia is and says Trump wants America to be, but can't.)
4. take responsibility for the face of the world. (however, you are not required to smile at people, or shave your legs.)
5. remember professional ethics.
6. be wary of paramilitaries.
7. be reflective if you must be armed.
8. stand out.
9. be kind to our language.
10. believe in truth.
11. investigate.
12. make eye contact and small talk.
13. practice corporeal politics.
14. establish a private life.
15. contribute to good causes.
16. learn from peers in other countries.
17. listen for dangerous words.
18. be calm when the unthinkable arrives.
19. be a patriot.
20. be as courageous as you can.