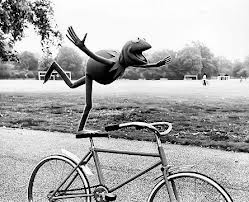 An old notebook, purchased in 2012, contains notes scribbled during Hempfest 2012. It was August, and recreational marijuana had just been legalized, although it wouldn't be available for another year.

The motto of Hempfest, according to the Seattle Weekly, is "Better Than Alcohol," and I can't help but agree.

I bicycled there from Bremerton, on whim rather than habit. Easily parked near the staff entrance, was herded by policemen across the railroad tracks at the corner of Alaskan Way and the Spaghetti Factory, under Highway 99 and past the typewriter eraser (well guarded by cops).  Basically up the street and back down again on the other side. I didn't realize this was a line to get in until someone used a paint-stirring stick to peruse my backpack, and it began to be clear no one cared about using large bongs in public.

Fat girls in tank tops laughed into fat spliffs. A smelly, thin man in a ragged Bob Marley sweatshirt bounced and jagged his head. A big guy brushed his thick red hair. A pervasive air of mellowness suffused all, even the loud girl bitching about ruining another's rep in the rave scene; an angry man on a cell phone; a lot of glazed look, like a huge, moving, carefully controlled sea of donuts wallowing in a vat of glaze.

There was a $10 suggested donation. Entry booths were staffed by people in green T-shirts sitting and leaning on even greener plywood boxes and handing out trinkets.

There were also no bikes, plastic beer cups, or pets. I liked the face-to-face arrangement of swampy potties along the paths, and the clean lines of the mountain of lemonade cups and nacho boats by the exit onto Alaskan Way.

On the Share Main Stage was 2062, starting with Sister Hailstorm, a stout brown hiphopster with two long braids, basketball clothes and a trucker's cap and sunglasses that I envied, what with the glare off the jibs of Elliott Bay. I moved to sit on the rocks. Food was inland, and political tables and T shirts were seaward.

The Bible-clutching exhorter's strength and power of expression were only matched by Sister Hailstorm's.

People were lying on blankets on the dry grass in front of the stage. I'd been hearing bits of the speakers' words who had gone before, and as the tedious thanking of the cops was done, I wanted to yell, "who cares? Let's hear some music!!" But I didn't. A woman handed out buttons showing silhouettes of cops shooting people. She held a sign saying "Danger: Police Ahead." I saw a flyer for an upcoming protest, with pictures of John Williams, the Native American man killed while holding a 3 1/2" folding knife as he walked drunkenly somewhere between Steinbrueck Park and the Greyhound station.

There was a list of rules prominently outlawing guns, pets, and alcohol, and while I'm OK with all of these things as possessions, I was glad to be relatively protected from them within the park.

The smell of fried food and the customers and waitresses behind ropes at the sidewalk restaurant disgusted me after a clean-feeling afternoon of sun and skin damage.

Near the sculpture park greenhouse, a guy pushed through the walking crowd handing out cookies and saying "Happy 420."  Another guy pushed ahead, saying "Moo" and looking to his frizzy-haired friend and grinning.

Back at the ferry dock, there was a garbage trailer being towned by a golf cart that seemed as big as a Hummer. A volunteer picking up squashed cans and paper seemed content. The ferry home was packed. A beer sounds good. The calm mellowness remains. It lasts a long while.