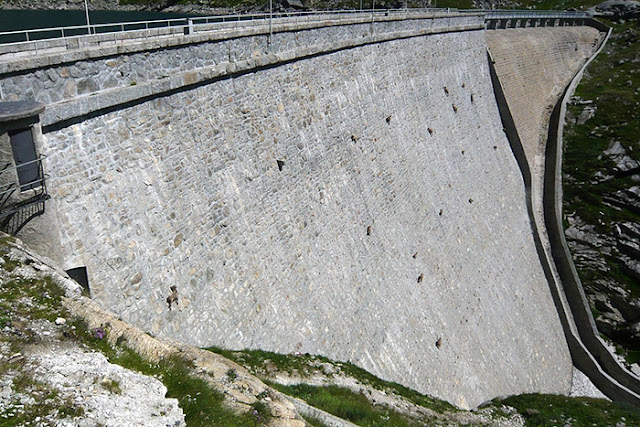 On March 22, 2019, an assload of local bigwigs assembled in the Big Room Where They Have Weddings (BRWTHW) at the Northwest Maritime Center (NWMC) in Port Townsend (PT), for a presentation about tribal sovereignty. I happened upon the welcoming table set up in the lobby and asked if it was a public meeting, and they said yes, so I asked what was going on, and was gently made fun of. "What is going on?" asked one of the little old ladies with 1960s Star Trek hair, smiling sideways at her cohort. Tee-hee! They were having a cultural training, they said. Great, I said, I'm in! They were only a little put out, looked at me strangely and clearly wanted me to explain who I was. "We don't have enough packets," they said. "You're not registered?" they said. They'd made pup-tent-sized paper nametags with participants' first names written in big black marker, and I wouldn't be getting one of those. But they insisted I wear a nametag, and write down my "information," before they'd let me in the room. I love my information, and was all set to write down my shoe size and preferred brand of potato chips, but they meant boring information like my email.

I took a chair in the back and was soon joined by Troy, a tall man of some years, who I recognized from Port of PT meetings; and Lily, the PT Leader reporter, who wore a press badge.

I learned that Troy worked on the election campaigns for Port commissioners Steve Tucker and Bill Putney; Troy keeps his fiberglass fishing boat at Boat Haven; fishing was great this winter; and he thinks the idea for the NWMC managing Point Hudson was a bad idea, because and putting public property in private hands doesn't seem right. He ho-ho-hello'd with Tucker and with Jim Pivarnik for a moment, then told me "everyone" thinks Pivarnik is doing a fantastic job as Director of the Port. I said, "not everyone."

Anyway, the Star-Trek-haired ladies did end up having enough agendas, even for us unregistered stragglers, and we each received one of the red file folders with the agenda paper-clipped to the front and 26 pages (single-sided!) of information on local Indian tribes, plus a useful set of tips for "white, non-indigenous allies." Tips included "being 'colorblind' isn't actually good" and "recognize 'white fragility'" and "welcome the discomfort." Good stuff here, and yes, I try. I'm a little mystified by the title of this worthy document, though: "white, non-indigenous allies." Is there another set of tips for "white, non-black allies," and another for "white, non-Southeast-Asian allies," and so on? Or something. Why not just say "tips for wypipo"? To be honest, I didn't read it carefully; maybe it's specific tips for being allies to Indigenous people.

Anyway, as I chatted with Troy, I watched the 40 or so people arriving and picking up their ginormous white self-identifiers. We were all there to listen to Ron Allen, the CEO of the Jamestown S'Klallam Tribe. The event was titled, "Tribal Sovereignty and Nation to Nation Partnerships," and I guess the purpose was to educate local movers & shakers about tribal governments. Troy told me he had taken part in a series at the Quimper Unitarian about racial sensitivity, maybe just focusing on Indians, not sure, but he said it had been great.

Among the registered attendees were some from City government, including Michelle Sandoval (I dunno, is she still a Council person?), Amy Howard, and Mayor Deb Stinson; Port of PT commissioners Steve Tucker and Bill Putney; Rob Birman of Centrum; Mike Glenn, CEO of Jefferson Healthcare; Teresa Verraes, (still with the Chamber of Commerce?); Jake Beattie of NWMC; County Commissioner Kathleen Kler; Dave Robison of the Fort Worden PDA; David Engel, Superintendent of PT Schools; Sarah Rubenstein of PT Schools; David Timmons, City Manager (or did we hire the new one yet?); Crystie Kisler, of Finnriver Farm & Cidery; and a bunch of other well-dressed types who probably never cry in the bathroom at work because they thought they were going to be something important when they grew up.
Mayor Deb Stinson started things off. When she speaks, I always think of the faceless teacher in Charlie Brown cartoons whose voice goes "wah-wah, wah-wah-wah." She doesn't appear to move her face when she talks, and says dumb stuff like "I'm sure you all memorized early on that it's best when we work together." I'm sure she's a fine mayor, though Ludlowian in aspect, and not a very dynamic speaker. She said she was glad to see "every segment of the community" in the group, which was astonishing to me, because I saw massive homogeneity; all shining loafers and coordinated silk scarves, nary a hoodie. Median income in that room was probably $70K and I'm betting above 90% own their own homes. "Every segment," my fat white renter's ass. In that room was the ruling class. I know, I know; what she actually meant was, "our collective power touches every person in the county." A great mayor would have just said so, no pussyfooting around. Wah-wah, wah.

After this talk, everyone seemed a little dazed. Our piddly local leaders would probably have some qualms attempting to "talk about laws" with the 9th Circuit Court judges, or "finding the right people" to get things done on Capitol Hill. Look what this guy does!

The first question from the audience was posed by Rob Birman, of Centrum, who always rocks extremely shiny loafers, which for some reason always remind me that he's a musician and probably a damn good one.
"Can you distill the top 10 projects in the region, for Jamestown and Port Townsend?" he asked. A great question.
The answer: a $40 million resort to complement the casino (in Blyn), plus $8 million loop road and $8 million wastewater treatment. "Fairly large plans for Blyn," Allen said. "A justice center, a law enforcement center." And a "seafood outlet" in Port Townsend, "looking at maybe a cafe, been talking to Jake" (Beattie, the laughing man of the NW Maritime Center), "we'd like to make it happen here," Allen said, "bring the traffic all the way down here ... we think that our cultural motif can complement that." He added, "we've become pretty good business people, and it's got to pencil out."
He noted, "Frances is building a hotel in downtown Port Angeles," meaning Frances Charles, chairwoman of the Lower Elwha S'Klallam Tribe; and they're working on bringing broadband to the whole peninsula. "We're building a cell tower in Blyn," he added. And, "we're in the cannabis business."

The next question was from Crystie Kisler, the petite, hippie-braided, ferociously good public-relations/marketing person for Finnriver Farm & Cidery. "Is there a way you prefer to see territorial acknowledgement?" she asked. When Finnriver hosts events, she wants to know how to go about "anchoring the place in heritage," she said, "what it means to be of a place."
Allen said people ask him if it's OK to say the word "Indian," or if he'd prefer "American Indian" or "Native American." He said, "most important thing is be open. Stay open and honest. Be respectful." He said, "S'Klallam has a sister tribe that no longer exists – Chimacum." He said, "when you're hosting an event in someone's backyard, you thank them. You thank them for letting you host that event on someone's homeland." It was a great answer. I like Crystie Kisler for her poetic name,  for how she asked that question, for asking the question, and for how she thanked him, before asking the question, for the presentation, which was sort of like a dense, half-hour Civics lesson for all of us, I think.

Frances Charles, Tribal Chairwoman of the 882-citizen Lower Elwha S'Klallam Tribe, helped answer, too. "It really gets back to the respect part," she said. "Just ask." She added that in Canada, "they call them 'the reserves,' or 'the nations.'" She also said, "thanks, Port Townsend, for recognizing Marlon, because he is an elder."

Charles has long shiny hair, glasses, and a warm voice, and wore a dark green fleece. She talked about some of the Lower Elwha S'Klallam projects: the hotel in Port Angeles, and a longhouse with a conference center by the PA marina. They're expanding the convenience store on the west side of town. They're building a chemical dependency clinic by their health-care facility, which sits on 40 acres. They're finding solutions for medium-income housing. And they help with the needs of elders who are handicapped and need assistance traveling to Seattle for medical needs. Last night, they hosted a potlatch; she's been on the tribal council for 25 years, she said, and "it was the kids who came to us" bringing issues of racism "because of the Boldt decision, the dam removal, the whaling." The Boldt decision, in 1974, restored Indian fishing rights. The potlatch was part of the effort to help educate teachers, coucils, and dignitaries in Port Angeles. She also talked about the success of the S'Klallam language programs in schools. "Our younger generations are now the teachers," she said.
Charles asked Port Townsend to recognize S'Klallam heritage on signs, and put them in K'lallam. "That has made a big difference for those than come in for tourism, that there are tribes in our area," she said.

The next question was from Michelle Sandoval, whose question was five minutes of talking about Growler jets, somewhere in the middle asking "has the US government asked you about impacts of the Navy's incredible expansion in regards to flying over..." blah blah blah electromagnetic war games blah blah "it's undoubtedly an impact on the ocean ... the cultural impact ... the Olympic National Park," yammer yammer.
Allen fielded this one. "Yes," he said. "The group on Whidbey [complaining about jet noise, whose name he forgot] came over and made a presentation to our council," he said. "We turned around and we wrote to the Navy," he said. "At the end of the day, we decided we didn't want to fight that fight." He said most of their interaction with the Navy has had to do with Bangor and Indian Island regarding shellfish. At Bangor, "it's a delicate issue, particularly what they're doing on the Hood Canal. We're particularly concerned about the impact on Hood Canal."
This sounds like a real can of worms. I can barely imagine what atrocities those warmongering noisemaking earthmoving hi-budget Navy people are doing to Hood Canal. Sheesh.
"Politicians call it climate resilience, we call it climate change," Allen said. He mentioned their work on reservoirs for Sequim Valley, for the sake of the salmon, building water reservoirs so the rivers aren't drawn down by irrigation. "That's a climate change reaction." He said, "as winters get milder, we get insect infestations. Everybody saw the fires we had last summer." He's also concerned about the increase of petroleum product industry around the Strait of Juan de Fuca. All it takes is one spill, he said ominously. "That's not a climate change problem, but it's an environmental concern."

Outside, the wind was picking up; you could hear it and feel it hitting the building. Waves were getting bigger, rolling into the beach. I really wanted some of the cheese and crackers and smoked salmon, but instead I just went home. I live in a building built in the 1940s. I'm unbelievably lucky, plus blessed for getting to witness this event. Thank you, Star-Trek-hair ladies! Thank you, bigwigs! I wear size 11s (42.5 European) and prefer Original Kettle Chips.